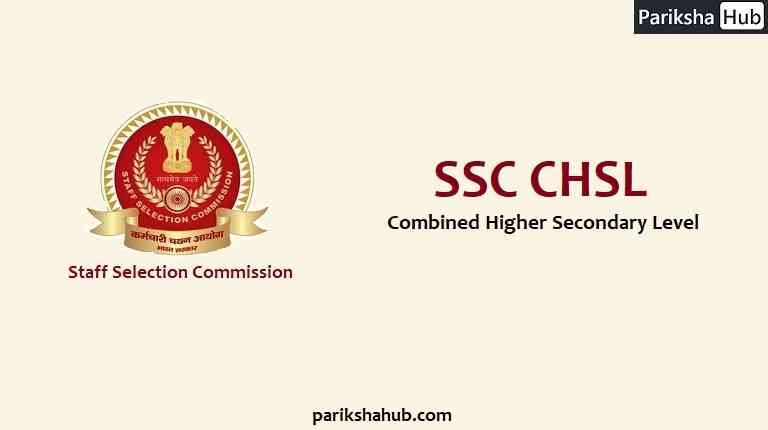 The full form of the SSC CHSL is Staff Selection Commission Combined Higher Secondary Level. This exam is conducted to recruit candidates for the posts of Data Entry Operators, Assistants, and Court Clerks in various Ministries/Departments of the Government of India. The SSC CHSL exam is held in 3 stages called Tiers. This exam is a great opportunity for anyone looking to work in the central government. In this article, we shall see all important information related to SSC CHSL 2021 Recruitment exam such as Exam Date, Eligibility criteria, Syllabus, Application Fee, Apply Online, Exam Pattern, Vacancy, Salary, Job profile, etc.

The SSC CHSL exam is a great opportunity for anyone who is looking to work in the central government. SSC conducts the CHSL exam for recruitment to the various posts of the Central Government as below :

Due to the surge in COVID-19 cases across the country, the Staff Selection Commission has decided to defer the SSC CHSL Tier-1 examination from 20th April 2021 until further notice. The New dates for the Tier I examination for the remaining candidates will be intimated.

The tentative exam schedule for the SSC CHSL 2021 exam has been published by SSC in its Official exam Calendar. The SSC CHSL Tier-1 computer-based online exam will be conducted from 12th to 27th April and 21st to 22nd May 2021 (only for candidates who have opted for examination centres in West Bengal). The Tier-2 exam date will be released later. Please note down the important dates related to SSC CHSL 2021 Exam:

The total number of vacancies for the SSC CHSL 2021 exam has not been released yet. Last Year, SSC had notified 4893 vacancies to be filled through CHSL exam. The Post wise vacancy are mentioned below:

A candidate must be either:

For LDC/ JSA, PA/ SA, DEO (except DEOs in C&AG): The candidates who are planning to appear in CHSL 2021 exam must have passed the 12th Standard or equivalent examination from a recognized Board or University.

For Data Entry Operator (DEO) in the Office of Comptroller and Auditor General of India (C&AG): 12th Standard pass in Science stream with Mathematics as a subject from a recognized Board or equivalent.

The SSC CHSL exam for various posts is going to be in three levels or Tiers from 2020. Below are the details.

General Awareness: Questions are designed to test the candidate‟s general awareness of the environment around him and its application to society. Questions are also designed to test knowledge of current events and of such matters of everyday observation and experience in their scientific aspect as may be expected of an educated person. The test will also include questions relating to India and its neighboring countries especially pertaining to History, Culture, Geography, Economic Scene, General policy, and scientific research.

This Tier II is a descriptive exam that is designed to test the written skills of the candidates in English/Hindi. The key things in this Tier II exam are :

The Tier 3 of the SSC CGL Exam 2019 has skill tests that are required for certain government posts.

Below is the step by step process that you can follow to apply for the SSC CHSL exam online:

Applications fee should be paid only through SBI either in the form of challan or through SBI Net Banking or any other bank Credit/Debit Card. In case of payment in the form of Challan, the challan form will be generated online and the candidate needs to deposit cash along with the challan in any of the SBI bank branches.