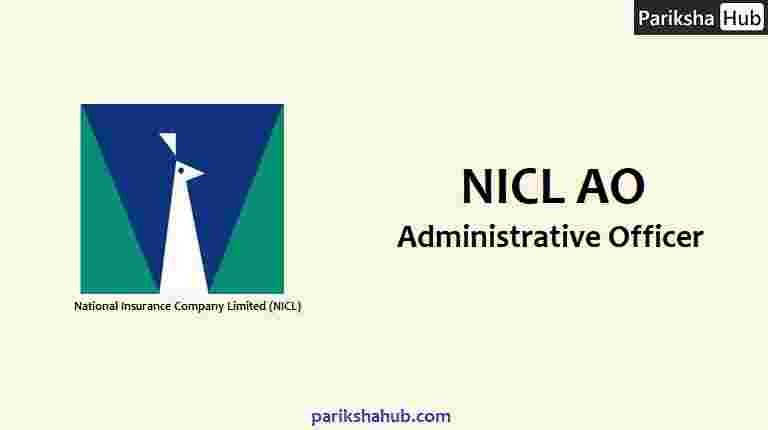 National Insurance Company Limited (NICL) is one of the prestigious insurance companies in the country. NICL AO full form is “National Insurance Company Limited Administrative Officer”. NICL conducts a recruitment exam to fill vacancies for the post of ‘Administrative Officers (Generalist) Scale I’. Candidates who qualify in the NICL AO exam will be hired as Administrative Officer in the NICL. In this article, we shall see all important information related to NICL AO Recruitment 2021 exam such as Exam Date, Eligibility criteria, Syllabus, Application Fee, Apply Online, Exam Pattern, Vacancy, Salary, Job profile, etc.

The basic salary of an NICL AO is around Rs 33,000 per month. With other perks and allowances, the total payment will be around Rs 50,000 per month in metro cities and maybe a little less in other areas. This is the starting salary. Salary will be gradually increased as you move up in your career in the company.

The NICL AO Recruitment 2021 notification is not yet released by NICL. The last recruitment was held in 2017. Once the Notification is released, we shall update the NICL exam date.

There are 2 criteria that a candidate should fulfill in order to be eligible to sit for the NICL Administrative Officer exam.

Candidates need to fulfill both the eligibility criteria to apply for this exam.

The last AO notification was in 2017.

Previously the AO Exam of NICL has 2 stages only (Online exam & Interview). However, from 2020, the recruitment process got changed and the selection process now has 3 stages.

The NICL AO Prelims exam is a screening exam. The NICL prelims will be an ONLINE OBJECTIVE type test. Marks obtained in the Prelims exam are not counted for final selection, however, candidates need to clear this stage in order to become eligible to appear for the Main examination.

The main exam has 2 parts – Objective and Descriptive. Here is the pattern for both Descriptive and Objective: